Elvis and Nixon an unlikely meeting

Elvis and Nixon an unlikely meeting

The year was 1970. Jimi Hendrix and Janis Joplin died. The Beatles broke up. And Elvis met President Nixon. 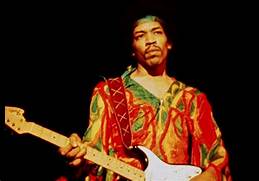 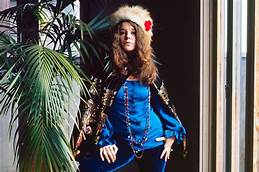 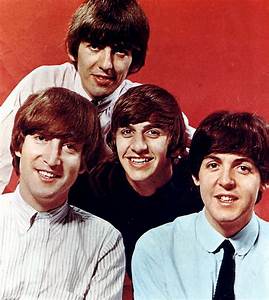 Apparently Elvis collected badges. President Nixon had embarked on his “War Against Drugs”. Elvis wanted to lend him a hand.

Elvis had landed in Washington DC aboard a “red eye” flight from Los Angeles. During that flight he had written a letter to President Nixon on the American Airlines stationary. A limo met Elvis at the airport and he instructed them to take him to the White House. Once in front of the White House Elvis hopped out of the limo to hand his letter to the Secret Service, who did not immediately recognize him.

Eventually, Elvis was welcomed in to the Oval Office where he and President Nixon spoke at length and posed for several photos. During the course of their conversations they touched upon the topic of drugs. To which Elvis said, “I have done an in-depth study of drug abuse and Communist brainwashing techniques and I am right in the middle of the whole thing where I can and will do the most good,”

Elvis had his eye on the very unique and special badge from the Bureau of Narcotics and Dangerous Drugs which he felt would be a smart addition to his collection. Toward the end of their meeting Elvis inquired about the badge and was given one. In return for that wonderful badge Elvis gave President Nixon A World War II Colt .45 pistol. The two of them remained friends for years afterward. 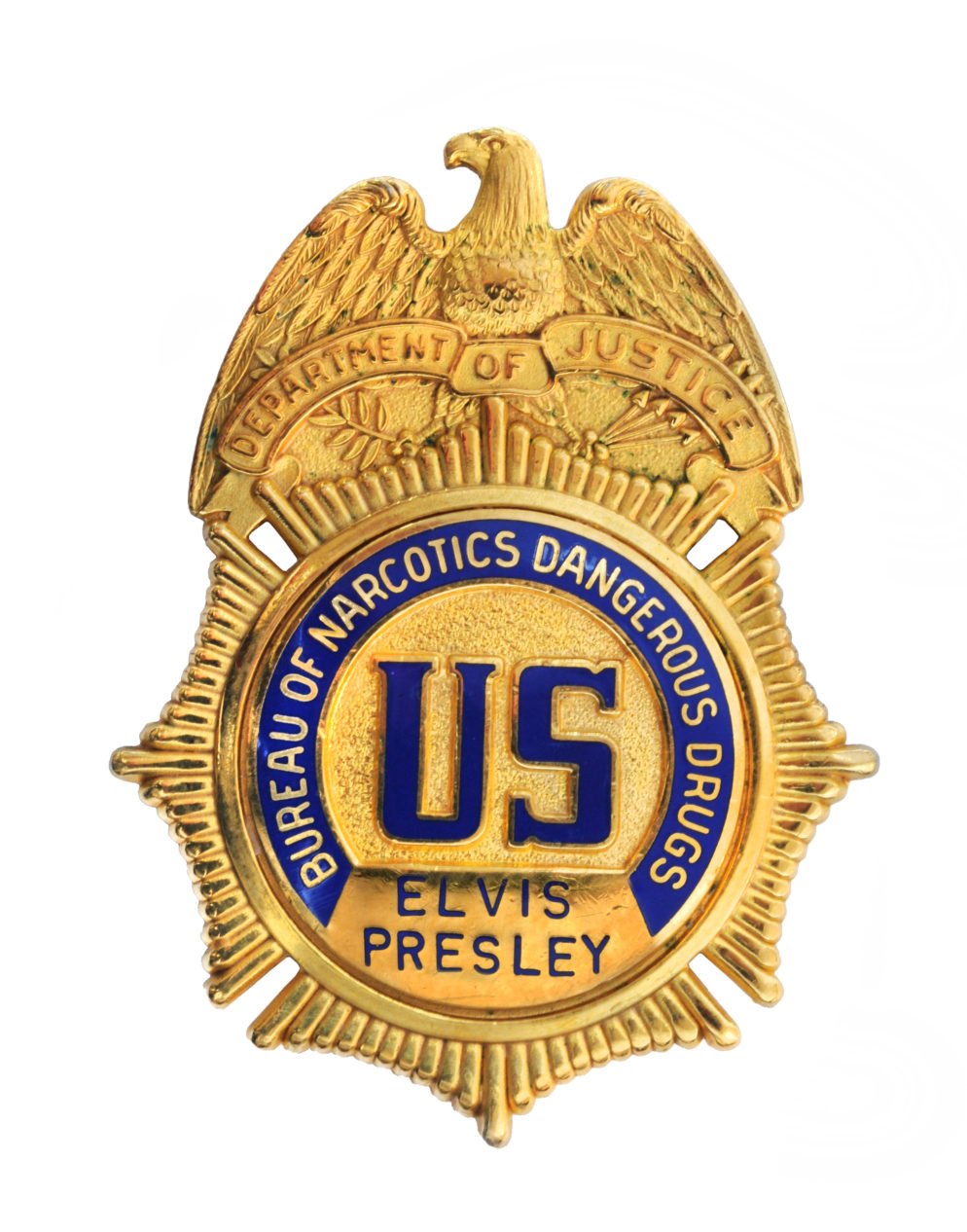 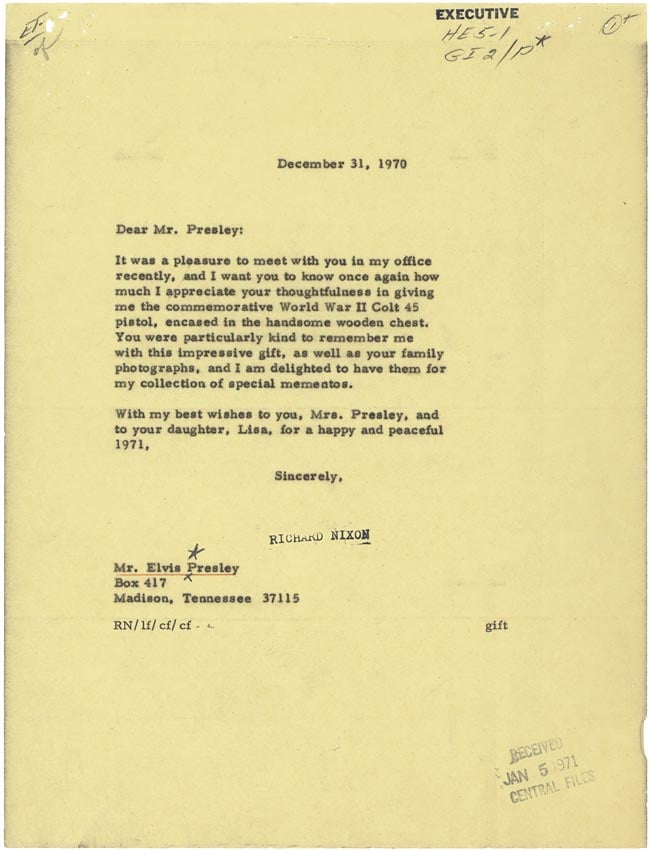