In December of 2020 the DOT revised their regulations as to what types of animals can fly. The newly revised Air Carrier Access Act rules define a service animal as “a dog that is individually trained to do work or perform tasks for the benefit of a person with a disability.” Emotional support animals are no longer covered under this revision. The new regulations are to take effect by the end of this month.

This is a total reversal from what they said just a year ago stating that airlines could not restrict access for emotional support animals traveling with their companion based on size or breed. Service animals are not included in this new twist.

Just because people who have emotional support animals may not have a wheelchair or limb missing does not mean they are not disabled. We never know what traumas our neighbors may have suffered.

1: a physical, mental, cognitive, or developmental condition that impairs, interferes with, or limits a person’s ability to engage in certain tasks or actions or participate in typical daily activities and interactions. Scientists have tentatively linked the reading disability known as dyslexia to a bevy of brain disturbances.— Science NewsHow, with his severe disability, has Hawking been able to out-think and out-intuit his leading colleague-competitors …— Kip S. ThorneYet one ends up admiring him for his devotion to the disability that could have unmade his career as an actor. It is through his deafness that we hear his story.— Lennard J. Davisalso: impaired function or ability. Sarcopenia is a loss of muscle mass and strength that normally occurs with aging, and it’s a major cause of frailty and disability in the elderly.

2a(1): an impairment (such as a chronic medical condition or injury) that prevents someone from engaging in gainful employment… monthly payment to which a worker is entitled upon retirement or disability under the federal social security system …— Robert I. Mehr
(2): an impairment (such as spina bifida) that results in serious functional limitations for a minor
b: a program providing financial support to a person affected by disability… those who fit the criteria for dysthymia were more likely to have physical and emotional problems and more likely to be on Medicaid or Social Security disability than those with acute depression.— Melinda Beckalso: the financial support provided by such a program… he collects disability on account of his exposure to Agent Orange during his years as an Army MP in Vietnam.— Jason Fagone
3: a disqualification, restriction, or disadvantage. economic disabilities
4: lack of legal qualification to do something… Defoe … dramatised the gravity of the problem in the morally desperate expedient which Roxana is forced to adopt to overcome the legal disabilities of women.

As you can see there is a wide swath of what may, or may not, be considered a disability. Emotional issues can be as much a hinderance or barrier in stressful situations as a physical impediment or age related limitation. So do we really want to shoehorn what qualifies as a disability? I think not.

The new regulations will require the emotional support pet to fit underneath the seat where their human companion is flying and proper documentations must be submitted 48 hours prior to scheduled travel. Previously animals were simply allowed in the cabin and could relax in front of the entire bank of seats or in another seat at no extra cost to the traveler.

“Airlines are committed to promoting accessibility for passengers with disabilities and ensuring their safe travel. The Department of Transportation’s final rule will protect the traveling public and airline crew members from untrained animals in the cabin, as well as improve air travel accessibility for passengers with disabilities that travel with trained service dogs,” Airlines for America president and CEO Nicholas E. Calio said in support of the new rules.

Recently, there has been a few airlines (Delta and JetBlue) changing their policies about emotional support pets and flying. I think this is an interesting dynamic and let me tell you why. 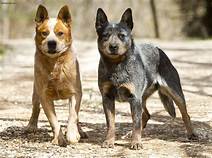 A decade ago I was brutally robbed and my pets were stabbed. They both later died. Not only did I lose every material possession that I had acquired up to that point, but I lost my two best friends. The young man who perpetrated this crime against me also burgled nine other homes and raped a woman who was 83. He got off scott-free. Sadly. I got a hollow judgment for $60k that is not worth the paper it is written on.

In the following years I registered my new pets as emotional support pets. I have the scars to prove that I need them with me as often as possible and should not be docked a plane seat or the excessive pet deposits in rentals. This new law is a slap in the face of those of us who truly need these canine and feline friends as support because something tragic has occurred in our lives. I say do not cast out the entire law because a few abused it.

Please help me to petition for emotional support animals to be allowed in the cabin of commercial aircraft regardless of size. Thank you.