From the Drafting Table to the Fighting Theatre: A Chronology of the F-15 Fighter Jet

From the Drafting Table to the Fighting Theatre: A Chronology of the F-15 Fighter Jet

The following is a new book of mine that will be coming out in 2020 or late 2019. It has become a passion of mine to write about military aircraft as a non-military woman. I hope you will buy it when it is available. Enjoy the prelude.

The 1960’s were a tumultuous decade for the United States of America (USA). The climate across the USA had seen people burning their draft cards as protest to our entry into the Vietnam War and/or heading to Canada to avoid the draft all together. Our people had witnessed the deadly assassination of President John F. Kennedy in Dallas, Texas (November 1963) and Martin Luther King in Memphis, Tennessee (April 1968).

Congress authorized President Johnson (August 1964) after the Gulf of Tonkin to take “all necessary measures” to shield and safeguard American soldiers and their allies from the communist Viet Cong. [1] Soon thereafter, the draft began. Adding troops to the Vietnam War ran contrary to the wishes of the people of the USA who had ramped up peace marches with hopes of getting the powers that be to simply end this unpopular war almost as soon as it had begun. [2] Despite the efforts of the people across the USA, peace was obviously not on the lips of our leaders.

Operation Rolling Thunder (mission code name, 1965) marked a point in time where our pilots were conducting regular bombing raid over Vietnam. President Johnson sent 88,000 more combat troops into Vietnam in an effort to stave off the bloodletting that had become an ongoing issue due to the fact that our military leaders felt they had not enough support to quell this problem. Johnson authorized 100,000 more troops to head off to Vietnam in 1965 with 100,000 more scheduled for 1966. By 1967 the number of American troops in Vietnam had come within splitting hairs of the 500,000 mark. Deaths for our U.S. service members, by most accounts, were tabulated to be close to 15,058 with the number of wounded well over 100,000. Statistically and strategically, America was not winning this war on the ground nor in the air. Adding to the direness of that sad situation, government mistrust across America was at record highs. 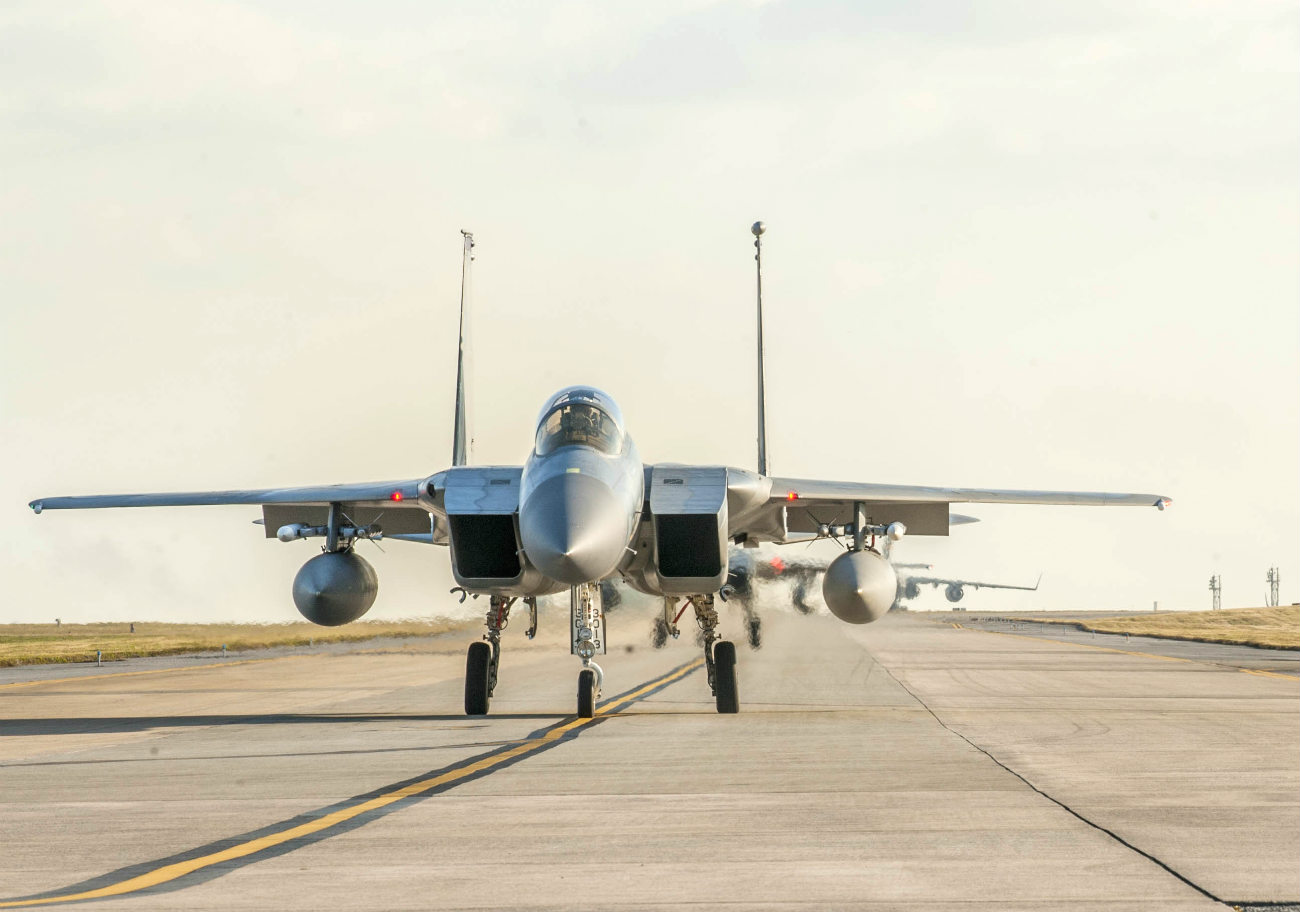 The United States Air Force (USAF) was using the United States Navy’s (USN) A-7 Corsair and their own geriatric F-4 Phantom/F-105 Super Sabre until they could work collectively toward creation their own close air support aircraft. [3] The Vietnam War highlighted the shortfalls of the F-4 Phantom’s ability to compete with the more agile and lighter weight MIG-15 that the Vietnamese were using thanks to their Soviet allies. In an effort to save money while continuing to fight this ill-fated war the USAF installed a gun on the F-4 so it might give some wing to wing resistance to the MIG in air to air combat. While in the short term this worked mediocrely it was merely a stop gap at its best. The USAF was in desperate need of something better.

When the Soviets trotted out six (6) state of the art fighter aircraft at the Moscow Air show in 1967 America’s leaders were stupefied.  It was then that they realized they had to do something or risk being second in air superiority around the world. Being second was unacceptable to the USA who had continually rivaled for the top slot with Russia, but usually managed to maintain the edge however slim. This airshow was proof positive that the tides had changed rather dramatically. What now?

The USAF embraced discussions and contracted for some preliminary drawings for a light-weight aircraft that would be able to conduct combat in the air and on the ground. The F-15 Eagle aircraft was the outcome of those discussions. She was originally titled the F-X, an experimental fighter aircraft. This aircraft was not very popular initially due to the excessive cost, but thoughts changed when the USAF teamed up with the USN and decided to share costs and technology. As this process moved forward, the newest design gave the aircraft a lot of armament, fuel, weight to thrust ratio, and other technologically advanced benefits over her predecessors making her a deadly fighting plane worthy of the USAF calling it their “Central Bird”.

The US Government invited aircraft builders across the United States to submit proposals/bids to create what is now the F-15 Eagle tactical twin-engine fighter. McDonnell Douglas, currently Boeing, won that bid and built those aircraft transforming how wars were prosecuted in the not too distant future and from that point onward. The first F-15 Eagle prototype debuted in July of 1972.  It was, and is, the most successful combat fighting aircraft with over 100 air combat victories and no losses.

The F-15 Eagle was designed and built as a dual-purpose aircraft. Not only was she lethal and stealthy in the air, but she was also conceived with a ground attack variant that was almost entirely untapped in warfare.  Over the years the F-15 Eagle has been continuously updated with cutting edge technology and other improvements. As such, she has seen a few iterations from her original F-15 designation. (I.e. the F-15A, C, D and E.) 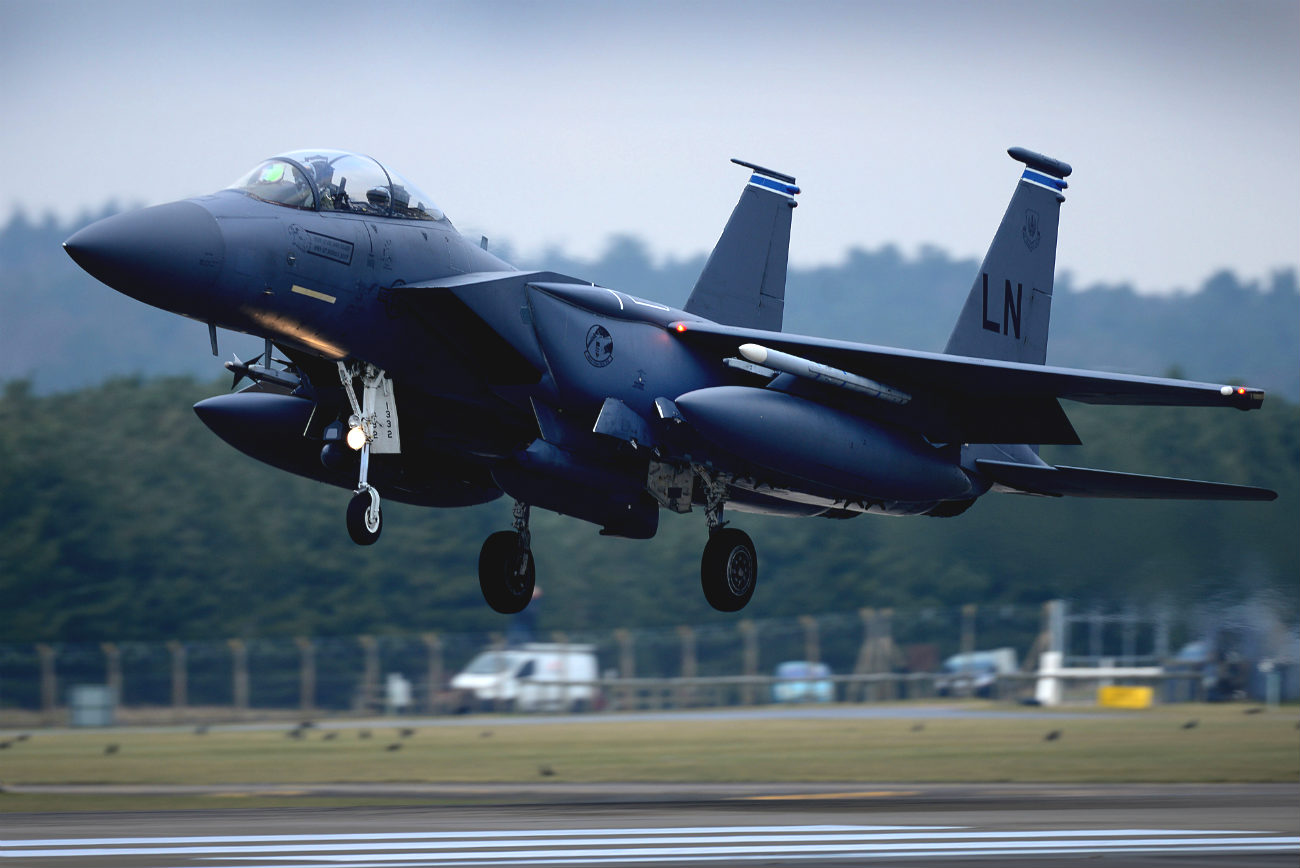 The F-15E, the successor of the F-15, was delivered to the USAF in 1988 and she has little in common with her predecessors other than airframe design. [4] She was given stronger landing gear, is eons quicker at MACH 2.5 (1,600 knots) than the earlier versions, houses a rear cockpit for the weapons officer along with targeting infrared for night flight/combat (LANTIRN or Low Altitude Navigation and Targeting Infrared Night) and a special low altitude navigation system. Both allowed them to see in complete darkness and poor weather conditions by using heat sensors outside of the aircraft to glow bright green on their screens in the cockpit. They were  also fitted with a Terrain Following Radar (TFR) that scanned the topography allowing them to fly in excess of 500 miles per hour making them nearly invisible to our enemy radar. [5]  It cost $40,000 per hour to operate the F-15E which is considerably more expensive that her prior models at $23,000 per flight hour. She boasts a range of 2,100 nm (nautical miles) which, of course, varies depending on her speed.  Sadly, this aircraft will be discontinued in 2022.