I was born in 1961. On February 7th, 1964 the Beatles came to America and the world of music has never been the same. I grew up listening to the Beatles. I loved them then and love them now. I even had these bubble bath characters of the Beatles from Avon and oh how I wish I had them now. They must be worth a small fortune. They looked exactly like them and the bubble bath was nice too. My sister, Toni, and my cousins and I enjoyed endless hours playing with them in the bath. We knew the words to all of their songs and sung along. As we got older we never lost touch with their music or those fun-filled times. They were, and still are, iconic.

“When I was 5 years old, my mother always told me that happiness was the key to life. When I went to school, they asked me what I wanted to be when I grew up. I wrote down ‘happy’. They told me I didn’t understand the assignment, and I told them they didn’t understand life.” ~ John Lennon

I think “happy” is an amazing response. Many people never find happiness and John knew at the age of 5 that happiness was the key to all things in life.

There are many splendid songs that John wrote during his lifetime. For me, some of the more outstanding ones he penned are Imagine, Woman, Starting Over, Borrowed Time, Nobody Told Me, Give Peace A Chance, Grow Old With Me, and Whatever Gets You Through The Night. What is your favorite song?

John’s life, like all of ours, had ups and downs. His relationship with Yoko was not always perfect. However, people close to him have nothing but good to say about him. Rocker, Alice Cooper said, “John and I became great friends later on, even though we were polar opposites. He was outspoken and loved politics, I loved horror and comedy and thought music should be an escape from current events. – John was the most electric, the most fascinating, the James Dean of rock.” (Hockman, David, December 2020/January 2021, AARP Magazine, p.42)

“The trouble with government as it is, is that it doesn’t represent the people. It controls them.” ~ John Lennon

I cannot help but wonder what would John make of our political system today?

“We live in a world where we have to hide to make love, while violence is practiced in broad daylight.” ~ John Lennon

Little did he know that he would be the victim of such godawful violence. In December of 1980 John Lennon was brutally shot outside of his home in New York City by a man named Mark David Chapman. He was 40 years old and had a full life ahead of him. 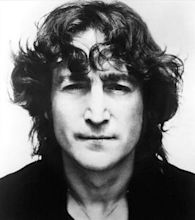 Strangely, James Taylor had had an encounter with this murderer the night before this slaying. He recounts this incident as “…a guy attached himself to me in a manic and alarming way. He just started talking a mile a minute to me. Eventually, I just sort of scraped him off.”  (Hochman, David, December 2020/January 2021 issue, AARP Magazine, p.45) Of course, during this episode he had no idea this man was going to gun down John Lennon.

There was a vigil held in Central Park a week after John was slain. This has become an annual event to honor the rock star and his contributions to music and peace.

“Imagine all the people living life in peace. You may say I’m a dreamer, but I’m not the only one. I hope someday you’ll join us, and the world will be as one.” ~ John Lennon

“Yeah we all shine on, like the moon, and the stars, and the sun.” ~ John Lennon

I, too, am an avid dreamer and I can imagine a world where all people are living in peace. What an incredible world that would be. Help me keep John’s dream of achieving world peace, one person at a time. Let us practice tolerance, patience, and love for ALL. Pass it on please. Keep his moonlight starlight, and sunlight shining on.