Socialism, Communism, and Capitalism in 2021

Socialism, Communism, and Capitalism in 2021

Two days ago we watched President Trump deliver an incendiary speech that incited a riot on the Capital of the United States in Washington, DC. His supporters say he did nothing wrong. He was saving our nation and our people from certain socialism. peacefully assemblies are every persons’ right. This rally was anything but peaceful. Two people have died and many more were injured. Some were arrested, but far less than ought to have been. His detractors would like to hold him accountable for sedition and inciting a riot. Will he incur any penalties for this carefully choreographed missteps? 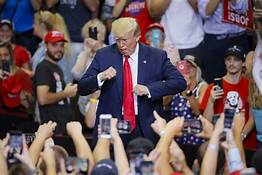 These days people are tossing out Socialism like grains of salt sprinkled over popcorn at the movie theater. I believe they know not what they speak. Therefore, I will endeavor to provide you a brief history of each and then tie them into today.  In order to truly understand the differences between our current Capitalistic society, Socialism and Communism we must learn from whence they came. Then, and only then, will you see that our President’s use of that term and they attachment his followers have placed upon it is entirely mistaken. 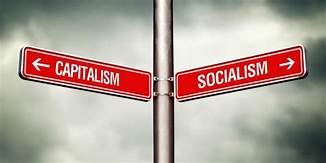 The Industrial Revolution began England. At that time their country was noticing many socioeconomic, technological, and cultural changes. For instance, agriculture and livestock became true commodities and was being grown beyond the single family use as had previously been the case. They were exported around the world ushering in international trade. Transportation and communication emerged in new ways to accommodate this wider distribution of goods onto the world platform. We saw development of the steam locomotive, the radio, the telegraph, the airplane, and the automobile. They were propelled by steam, petroleum, coal, and electricity. Factories were built to produce en masse, package and ship these goods. Many of these factories were being built from new materials like steel and iron. 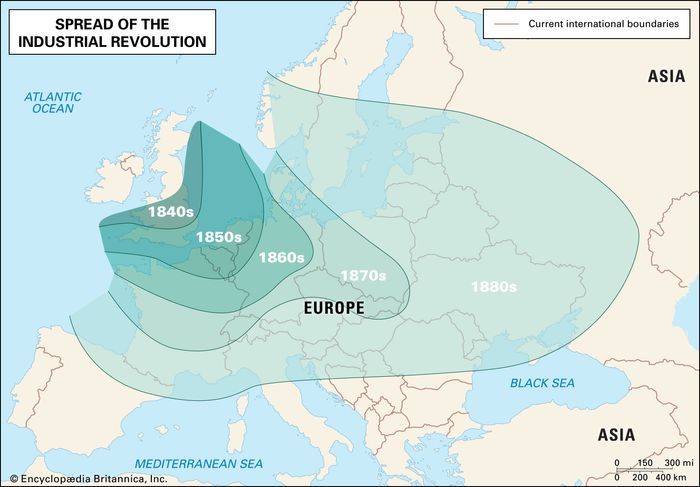 According to Merriam-Webster Capitalism means the following.

Capitalism gives the power to the people. It was a sweeping success because it brought about trade, wealth, competition, lower prices, and cooperation. The United States, as a new Country, adopted this as our economic business model. Here, in theory and practice, we had a system where people could achieve anything if they worked hard enough. Greed and avarice are rewarded. It has served us well.

In a Socialistic system it was thought that greed and selfishness would end. There was no need for either since they could not move ahead, as in, increase their wealth or social status. Education, child care, and healthcare are accessible to all. Think of a cooperative. Socialism works a bit like that. People can, however, own property under this type of governance.

Under a Socialist type of government everyone gets a share of whatever there is. Nothing more and nothing less. Suffice it to say that there is no private ownership in this type of system. Socialism eliminates competition amongst the people and foists collectivism and cooperation upon them instead. There are no pure forms of Socialism in our world today. There are some Social Democracies, i.e. Norway, Demark, and Sweden.

The next step toward losing a Democracy moves from Socialism into Communism. Cuba, China, Vietnam, Laos, and North Korea are all Communist countries. Interestingly, they are a bit of a Communist hybrid in that they still have classes for the division of society, the systems hinges on money for the exchange of goods and services, and people can own personal property.

“1. a theory or system of social organization based on the holding of all property in common, actual ownership being ascribed to the community as a whole or to the state.
2. (often initial capital letter) a system of social organization in which all economic and social activity is controlled by a totalitarian state dominated by a single and self-perpetuating political party.
3. (initial capital letter) the principles and practices of the Communist Party.
4. communalism.”

As you can see we are in no danger of becoming a Socialistic society. Capitalism reigns supreme in the United States of America. We may see some facets of a social democracy in our government over time, but those changes are meant to help our people move forward with equal access to certain programs and not to destroy their ability or will to compete, create wealth, and/or innovate.

instead of diving our society and stating things that could not be further from the truth we need leadership that is honest and transparent with the people, whether the news is good or bad. The world we live in now is far different that the word was a couple of years ago. Can we not agree that there will be things we do not like and may disagree with, but let us all work together to make our world a better place for ALL people to live? This is the world that can and will help us overcome hate and the coronavirus and so much more. We can do it one person and one family at a time. Please help me.