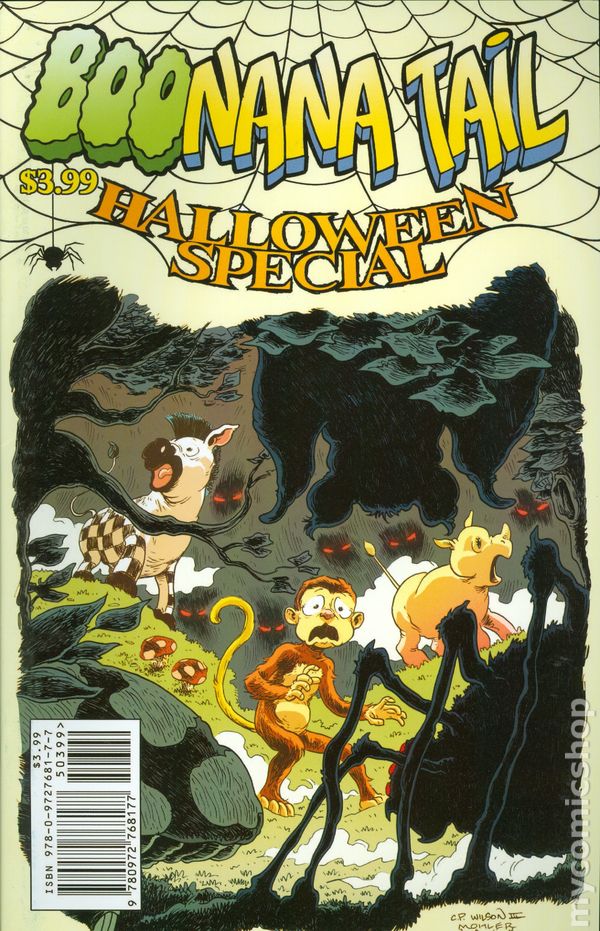 Mark McKenna, author of Boonana Tail Halloween Special, is an expert illustrator in the comic book industry. He began his storied career with Marvel in 1985. His thirty-four (34) year span in that field has allowed him to work on such prestigious projects as: Batman, Iron Man, Wolverine, Star Wars, and The Incredible Hulk. He co-authored, published, and co-illustrated the comic sci-fi horror mini-series titled Combat Jack that he compiled into a 144 page hard cover volume. (this series can be found under his personal imprint at Banana Tale Press or see information below).

Some of McKenna’s graphic talent can be seen in Pacific Rim, a picture book series that was the prequel to a movie by the same name, as well as, the Dark Horse Comics epic Star Wars series-The Old Republic and The Lost Suns. Mark was instrumental in the compilation and drawings for their on-line comic titled Star Wars-Blood of the Empire which is now available in paperback and served as the brainchild for their online Bio-ware game The Old Republic. Deadpool Classics, Exiles, and Doom Patrol are other major projects that McKenna worked on for DC or Marvel comics. All have turned into collector’s series.

BOOnana Tail Halloween Special was originally released in 2014. This comic is part of Mark McKenna’s children’s series titled Banana Tail and Friends. He came up with this idea when his first child was four (4) and his second child was newly born. In these books you can especially see his love of the craft. Other Banana Tail titles are: Banana Tail’s Tales and Activities, Banana Tails Colorful Adventure, and the soon to be released Banana Tail and the Checkerboard Jungle.

The main character Banana Tail and his friends begin this tale (Banana Tail in BOO!) by getting into a bit of a scrabble with some other characters. It does not end well. They hit the road to avoid further conflict when they find themselves separated and alone. They get scared. Spooky sounds abound. Eventually, Banana Tail hooks up with some of the scary animals that previously scared him. Will he find his way back to his friends?

There are several short Halloween themed tales in this compilation. Each with a scary beginning and happy ending. I have not previously reviewed comic type books, but I truly enjoyed this one because of the amazingly colorful well-drawn graphics and the endearing Halloween theme. For those of you who know me, Halloween is one of my all-time favorite times of the year! I think children and adults will see merit in this wonderful work and have fun reading it. With Halloween right around the corner perhaps you should think about purchasing your copy now.

To learn more about this wonderful author and illustrator please visit WWW.MarkMcKennaart.com.   For information about the Banana Tail series please log on to  www.bananatail.com. For the Combat Jack series please visit www.combatjacks.com.