The Census Needs Your Help

The Census Needs Your Help 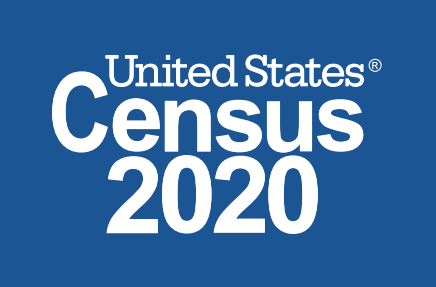 In 2020, in Charlotte County, it looks like it will be a lot of energetic retired people, based on the sample that showed up Tuesday at a county meeting for Census jobs.

In fact, Uncle Sam needs 3,000 people from Charlotte County to work on the decennial census, which means every 10 years, Census Partnership Specialist Michelle Malsbury told the audience at Murdock Circle. Several dozen retirees showed up to learn more about the job possibility. County government employees also attended to learn more about how the county can encourage high participation from residents.

Local and state governments stand to gain or lose money based on their citizens’ willingness to complete the census form, Malsbury advised the audience. At stake is $675 billion in federal aid over the next 10 years, she said, which is handed out based on population, among other things.

“The top thing for every community ought to be the money,” she said.

To work for the 2020 census requires a commitment of at least 20 hours a week starting probably in February and lasting through August or September or later, Malsbury said. There was some debate as to whether you could keep your job if you take a week off.

The pay is at $15.50 an hour. The main job is the door-to-door one, but there are also some administrative jobs working out of the Fort Myers office.

This year will be different than, well, all previous censuses. Census workers will not be helping people fill out their forms as they have since 1790, at least not at first. Every address will receive a postcard from the Census bureau some time in March. The instruction will be to either call the census number to give your information, or go online. No mail form — until maybe May.

Census workers will show up at your door if you don’t respond quickly to the first post card. If you do respond, they should not show up. More rounds of post cards will go out each month for those who have not participated. In May the notice will arrive with a form. This group can mail in the form.

The questions themselves are brief. Nine questions for person No. 1 and seven for each of the remaining household members. There is no question on citizenship or place of birth, the former being the subject of a legal battle between the White House and the Census Bureau, with the Census Bureau prevailing.

Questions include age, gender (only two options), race (about 14 options), and a separate question on being of Hispanic or Latino origin. Race respondents can write in the country of their ancestry, such as Germany, Nigeria or Navajo Nation.

The census also wants to know who’s related to who in the household and how.

For people with more than one residence, Malsbury said, respond from the one where you would most like your presence to count. If you respond in more than one location, the government has ways of figuring that out, she said.

Several job seekers told Malsbury they had already applied months ago, and heard nothing.

“We’ve had a lot of issues with that,” Malsbury agreed. “We are the government. It’s taking longer than we would like.”

She suggested they call the Fort Myers office, again, or visit Census workers stationed outside county office buildings in Punta Gorda, Port Charlotte and Englewood from 9 a.m. to 3 p.m.

Job seekers Tuesday came to be of assistance, or for the money.

“I just thought it would be a good thing to do to help,” said Larry Ganger of Port Charlotte.

“I don’t think I’ll ever retire,” said Nancy Elliot, of why she is applying. “I would love a field job,” she added. “I would work weekends.”

If you do respond, know that your personal answers will remain confidential for 72 years, because once upon a time, that was as long as the government thought people would live, Malsbury said.